**Please be advised that water services will be disrupted, if an account has a balance of more than $30.00 at the end of the month.**

If you need information on Homeowner/Renter Resources, please click → 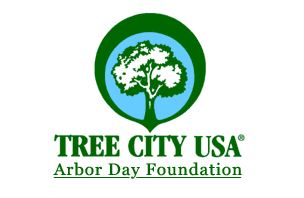 The City of Rocky Top was officially been recognized as a Tree City USA city on March 1, 2019.

Video used with permission from Lance G. Freeman. Thank you!

The City of Rocky Top is located on Interstate 75 in Anderson and Campbell County in beautiful East Tennessee. Rocky Top is twenty miles north of Downtown Knoxville and offers access to the beautiful Norris Lake, Norris Dam State Park and WindRock Park, which is the largest off-road recreation area in the country. Did you know that you can ride all-terrain vehicles(ATVs) on certain roads in Rocky Top? Rocky Top is the only place in Tennessee where people can ride ATVs on the roads year around and have direct access to WindRock Park Trails.

The town was originally known as Coal Creek, which is the name of the stream that runs through the middle of the city. Coal Creek and the nearby town of Briceville were the site of a major lockout of coal miners in 1891, which resulted in the town of Coal Creek being occupied by the state militia for over a year after miners attempted to force an end to the use of unpaid convict labor in the mines. This labor struggle, known as the Coal Creek War, was eventually resolved in the coal miners’ favor with the abolition of Tennessee’s convict labor program. You can visit the Coal Creek Miners Museum here in Rocky Top to learn more about the history of the Coal Creek War.